The Ultimate Guide to CJC 1295 & Ipamorelin

But as it turns out, the key to aging well and staying strong, healthy, and active at every age and stage of life may have been hiding inside the human body all along.

Thanks to advancements in technology and exciting discoveries and developments in peptide therapy, medical researchers and scientists now know that the fountain of youth is actually more of a series of hormones and biological processes that naturally take place in the human body.

Why CJC 1295 & Ipamorelin Are Used Together

The strength and frequency of these pulses reach their peak around age 20, decreasing by around 15% per decade starting around age 30.

This reduction in growth hormone can cause poor sleep, elevated cholesterol levels, sluggish metabolism, low libido, the loss of lean muscle mass, and weight gain – among other issues.

We combine CJC 1295 and Ipamorelin together to counteract this trend. Before we get into the details of why and how they work, however, it’s important to understand the crucial role of growth hormone in the body. 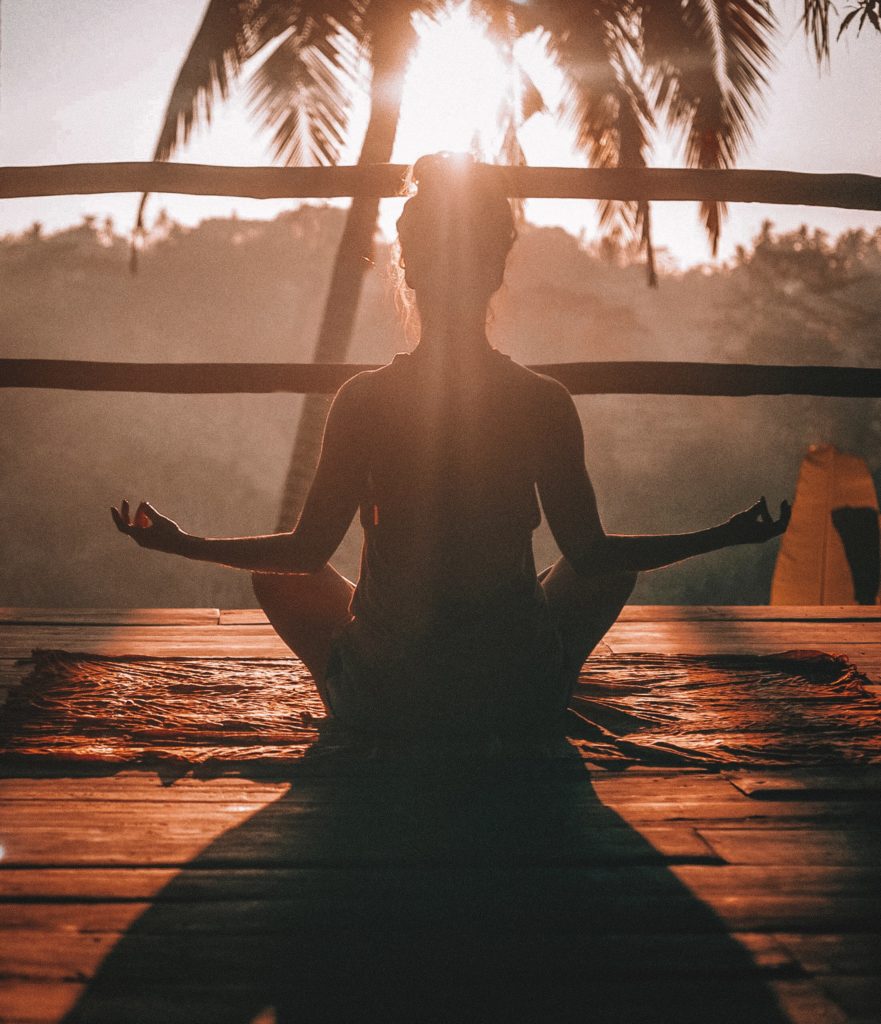 How CJC 1295 & Ipamorelin Work Together

If you haven’t already, check out part one of this article here – it’ll get you up to speed on what both GHRHs and GHRPs are.

CJC 1295 is a GHRH, or a growth hormone-releasing hormone. The specific type of CJC 1295 that we suggest to our clients, CJC 1295 without DAC, is also referred to as GRF 1-29. The role of GRF 1-29 is to increase the amount of growth hormone being produced by the body.

Ipamorelin, on the other hand, is a GHRP, or a growth hormone-releasing peptide. The purpose of ipamorelin is to initiate the release of growth hormone into the body.

While both GRF 1-29 and ipamorelin can more independently of one another, their effect is amplified when they are combined. This is because of how growth hormones and the pituitary gland work. By both increasing the amount AND the frequency of the pulses of growth hormone released into the body, you are effectively reversing the aging process’ effects on growth hormone production in the body.

GRF 1-29 is a GHRH, or a growth hormone-releasing hormone. Functionally, it increases the amount of growth hormone produced and released by the body.

While longer might seem better, the shorter half-life of GRF-129 is closer to that of what the human body experiences naturally. This is thought to be safer, which is why we suggest GRF-129 to our clients.

What Exactly is Ipamorelin?

Ipamorelin is a GHRP, or a growth hormone-releasing peptide. Functionally, it increases the frequency of pulses (or releases) of growth hormone into the bloodstream.

Ipamorelin naturally stimulates the body to increase the pulse frequency of growth hormone release. It does this without the increased hunger of other GHRPs. It also increases nitrogen retention and has demonstrated good safety and tolerability in humans. It also does not create prolactin or cortisol.

What is Human Growth Hormone?

Human growth hormone (HGH) is a naturally occurring peptide hormone in the human body. Peptides are strings of amino acids that bind together to perform different tasks. Peptides can also be created synthetically, using specific combinations of amino acids that don’t form on their own in the body. Peptide therapy focuses on creating enhanced therapies for everything from aging to wound healing and orthopedic injuries.

According to Harvard Health:

“Growth hormone (GH) is a small protein that is made by the pituitary gland and secreted into the bloodstream. GH production is controlled by a complex set of hormones produced in the hypothalamus of the brain and in the intestinal tract and pancreas.

The pituitary puts out GH in bursts; levels rise following exercise, trauma, and sleep. Under normal conditions, more GH is produced at night than during the day. This physiology is complex, but at a minimum, it tells us that sporadic blood tests to measure GH levels are meaningless since high and low levels alternate throughout the day. But scientists who carefully measure overall GH production report that it rises during childhood, peaks during puberty, and declines from middle age onward.

GH acts on many tissues throughout the body. In children and adolescents, it stimulates the growth of bone and cartilage. In people of all ages, GH boosts protein production, promotes the utilization of fat, interferes with the action of insulin, and raises blood sugar levels. GH also raises levels of insulin-like growth factor-1 (IGF-1).”

According to Boston Children’s Hospital, approximately 4,000 – 10,000 children are born with growth hormone deficiency (GHD) every year. What Human Growth Hormones Do in the Body

Many people associate growth hormone with athletic performance and body/muscle building in particular, where some people turn to the use of performance-enhancing agents and to help with muscle building and tissue repair. While that’s one of its many benefits, growth hormone is actually a naturally occurring protein with multiple responsibilities throughout the body, including:

Growth hormones also work in conjunction with other hormones to perform essential functions.

Side Effects of Growth Hormone Deficiency in Adults

While the production of growth hormone naturally begins to taper and decline after puberty, adults with low growth hormone levels may notice some of the following side effects (the symptoms are different for children and adults):

The symptoms and severity of a growth hormone deficiency vary from person to person. One person may experience one or two mild symptoms, while others may have more intense and multiple side effects.

Hormone production and distribution is part of an interconnected and delicate system, and a malfunction in one area of the network can have profound and far-reaching effects. The side effects associated with low levels of growth hormone in adults are also common to the aging process itself.

While peptide therapy isn’t an antidote for the natural aging process, it is designed to work in conjunction with healthy lifestyle and wellness practices like regular exercise and eating a healthy, balanced diet for optimal health and productivity.

In many cases, people find that an activity that they’ve performed for years or even decades is suddenly difficult or ineffective. Injuries may become more common, and take longer to heal than before. It can be an overwhelming and frustrating experience, but there are proactive steps you can take to stay on top of your fitness and health, especially as you age and begin to experience noticeable changes in your body and metabolism. The key is to work with your body and adapt accordingly to lower the risk of injury and improve your performance in a sustainable way.

In the case of growth hormones, the natural production of the hormone peaks and then begins to decline at age 30. However, some children and adults have natural deficiencies of the hormone due to illness or issues with the pituitary gland, where the hormone is produced. Given its role in promoting muscle and bone growth, it makes sense for growth hormone to be more abundant in childhood and through puberty and then taper off in adulthood once the development process has been completed.

In many cases, the body doesn’t produce enough of an essential hormone on its own or produces less than it should in order for optimal function. In other cases, like with collagen production, the body produces less of a hormone or protein as it ages, leading to side effects like fine lines and wrinkles or sagging skin.

Peptide therapy essentially looks for ways to help the body do its job better, for longer, to help minimize some of the side effects of aging like fatigue, loss of bone and muscle mass, joint problems, and being more prone to injuries.

In addition to growth hormone, two of the most common and well-known hormones which drop off with age are testosterone and estrogen.

Hormone receptors also play a critical role in endocrine function, and in some cases the receptors themselves become less sensitive and less effective with age. So even if the glands are still producing an adequate level of a specific hormone (which act as chemical messengers for specific functions), the receptors may not be able to adequately process the signals.

GH Levels Change as You Age

According to a reference paper in the VIVO Pathophysiology from Colorado State University, the clinical side effects of age-related GH decline include:

The rate of GH secretion from the anterior pituitary is highest around puberty, and declines progressively thereafter. This age-related decline in GH secretion involves a number of changes in the GH axis, including decreased serum levels of insulin-like growth factor-1 (IGF-1) and decreased secretion of growth hormone-releasing hormone from the hypothalamus. The cause of the normal age-related decrease in GH secretion is not well understood, but is thought to result, in part, from increased secretion of somatostatin, the GH-inhibiting hormone.

Normal aging is accompanied by a number of catabolic effects, including a decrease in lean mass, increase in fat mass, and decrease in bone density. Associated with these physiologic changes is a clinical picture often referred to as the somatopause: frailty, muscle atrophy, relative obesity, increased frequency of fractures and disordered sleep.

These clinical signs of aging are, without doubt, the manifestation of a very complex set of changes which involve, at least in part, the GH-axis. Naturally, this has spurred considerable interest in administering supplemental GH as a “treatment” for aging in humans, and the availability of recombinant human GH has made such studies feasible.

As with other forms of peptide therapy, researchers are working to identify how to find therapies that will help to promote health and wellness throughout the aging process as the body experiences a number of chemical and biological changes.

For more information about the benefits of CJC 1295 and peptide therapy, contact us today to learn more. Our team will work with you to answer all of your questions and help you find the best solution for you.