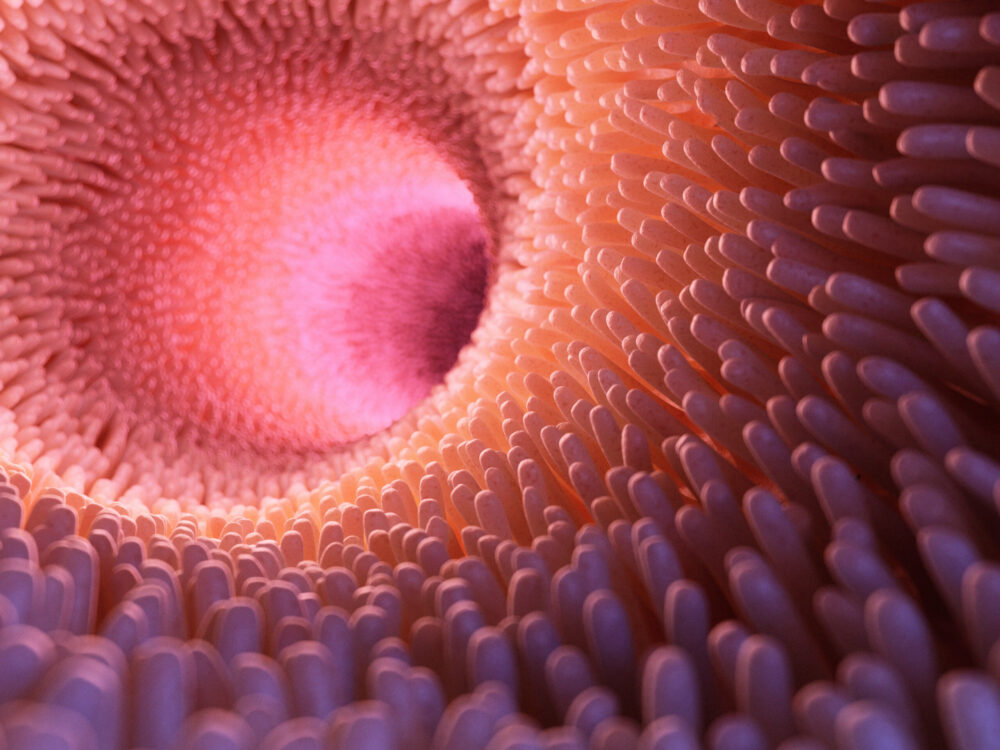 BPC-157 is known for its vast array of benefits and traditionally comes in two forms of use: injectables and oral supplementation. The way the peptide is administered determines the benefits you receive. For example, injectables are used to heal soft-tissue, tendons, ligaments, nerve damage, and reduce inflammation.

On the other hand, oral administration has amazing benefits for the gut, and this is what we want to talk about. The advantages are absolutely life-changing!

Want to learn more about this incredible pentadecapeptide? Discover more in our Ultimate Guide to BPC-157.

The BPC-157 we are talking about in this blog is a form of peptide therapy that is administered through oral supplementation. The best part of this peptide as an oral supplement is that the dosing can be catered to each person’s needs.

Because there are very little side effects associated with BPC-157, you can take as little or as much as you feel you need. Some people may need a higher dose to improve or eliminate the symptoms and boost their gut health, and the ability to adjust the dosage to fit your needs is so beneficial.

A Significant Impact on the Older Population

While most people can benefit from some form of peptide therapy, BPC-157, in particular, has a major impact on the older population.

This is thought to be caused by the regulation of GH expressions of the cell. Studies have shown that BPC-157 has the ability to up-regulate growth hormone (GH) expressions. As you age, your body secretes fewer GH, which plays a major role in aging, as discussed in” Growth Hormone in Aging“:

The decline in growth hormone secretion observed with aging is associated with changes in body composition and physical and psychological functions that are similar to those seen in younger adult patients with growth hormone deficiency. These changes include reductions in lean body mass and muscle strength and an increase in body fat, particularly in the visceral compartment… Deep (slow-wave) sleep also decreases markedly with age, together with a decrease in nighttime growth hormone secretion, and sleep disorders become a significant clinical problem in old age. Although these changes only show an association, and it is still unknown whether there is any causal link between them, they have led to speculation that replacing or stimulating growth hormone may reverse some of the detrimental features of the aging process. BPC-157 is an amazing peptide that has so many health benefits; it is unbelievable!

Treating the gut can be tricky, and sometimes traditional treatment options don’t make the cut. BPC-157 is what many people turn to when medication and other treatment options stop working, and most people see a noticeable difference.

Of course, this being said, it doesn’t mean you need to have failed at other treatment options before being considered for BPC-157.

Take a look at how this pentadecapeptide can do for your gut health:

Gastroesophageal reflux disease (GERD) is a condition where acid persistently rises from the stomach up into the esophagus. Animal studies have shown that BPC-157 may have a protective effect on the esophagus’ inner lining, improving the symptoms of GERD.

Gastric pentadecapeptide BPC-157 has been shown to have a protective effect on gastric juices throughout the digestive process for inflammatory bowel disease (IBD). Crohn’s disease, a type of IBD, can cause lesions in the small intestine, stomach, and esophagus. Studies have shown that BPC-157 may be able to treat these lesions, thus helping manage the disease.

BPC-157 has also been shown to be an effective therapy for Ulcerative Colitis, which causes inflammation and ulcers in the digestive tract. The pentadecapeptide may be able to help by having an anti-inflammatory, wound-healing effect.

NSAIDs are useful in reducing pain and inflammation, but they can also be quite damaging to the gut, leading to stomach ulcers, heartburn, and even kidney and liver damage. Recent studies have seen a positive effect of BPC-157 being used as an antidote against NSAIDS, as well as having beneficial effects on the stomach, liver, intestines, and lining of the esophagus, all of which can suffer damage as a result of NSAID toxicity. Speak to a Physician About BPC-157 Oral Supplementation

While research will continue to be on-going, there have been extensive animal studies showing BPC-157 to be safe and effective for use with little to no side effects.

This pentadecapeptide can be used to help treat damage that occurs in the gut due to toxicity or disease.

However, just because BPC-157 is regarded as safe, doesn’t mean you should begin therapy on your own. You should always speak with your physician before starting any new treatment. Peptide therapy is not intended to replace your current medical treatment, but instead improve your overall wellbeing.

If you are interested in BPC-157 and think it may be right for you, fill out our online questionnaire to be set up with one of our licensed physicians.